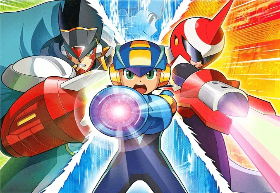 If you are missing something or don't agree with something that is displayed here. Please, contact any of these people.
Moderators: lilfatkid, TimeLink