X4 Buster Only rules:
-Only the X Buster may be used from start to finish EXCEPT for the Reaper Sigma fight, which requires Rising Fire to progress
-The use of Chaser Bike's gun and dash attack (Stingray's stage) is allowed 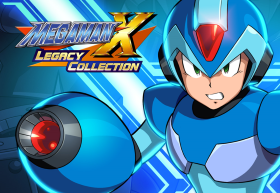 If you are missing something or don't agree with something that is displayed here. Please, contact any of these people.
Moderators: bjw, hetfield90, Laseki, mrcab, NrGzam, WalrusPrime